Hannity Stuns Herschel Walker by Pressing Him on Abortion 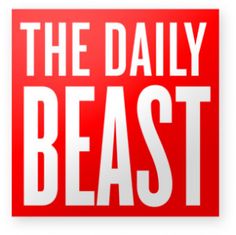 The Daily Beast2 mo ago

Fox NewsBarely two hours after The Daily Beast broke the news that Herschel Walker paid for a girlfriend’s abortion in 2009, the vehemently anti-abortion rights Senate candidate appeared on Fox News’ Hannity for what he thought would be an easy denial.

I have no idea,” Walker replied, calling the story a "flat-out lie,” attempting to pivot to talk about "inflation, the border and crime,” and even making a plea for donations from viewers to his struggling campaign.

Sean Hannity began the interview by raising the "serious accusations” against his guest and tossing up a bit of a softball about whether Walker knows the anonymous woman making the allegation".

More News from The Daily Beast

China Is Starting to Really Regret Its Friendship With Russia

Why Harriet Tubman on the $20 Is Symbolism That Matters

Russia Is Using Rape as a Weapon in Ukraine. The West Must Hold Putin Accountable.

Can Indie Musicians Afford to Keep Their Shows on the Road?