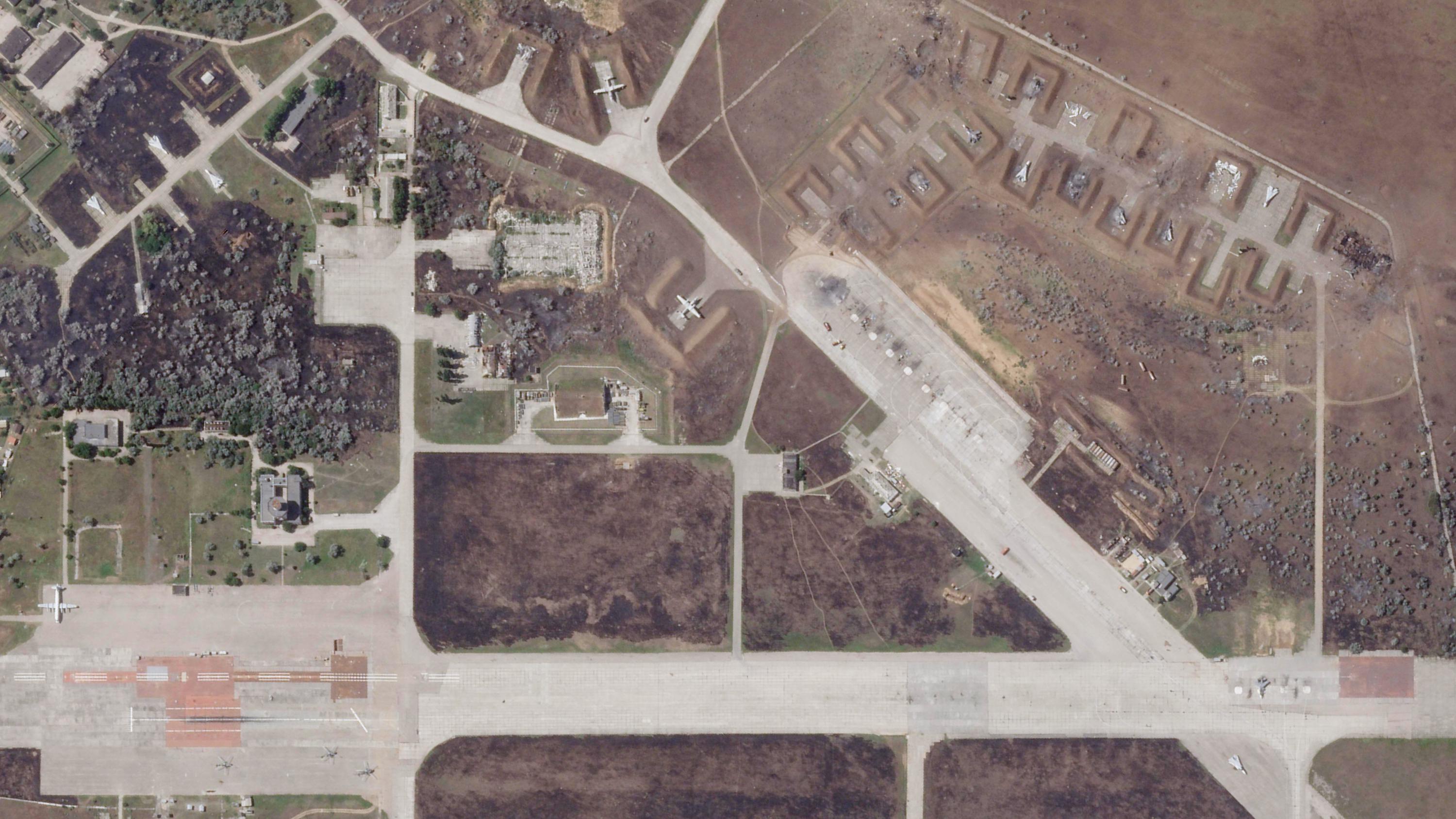 Ukrainian officials stopped short of publicly claiming responsibility for the explosions, while mocking Russia’s explanation that a careless smoker might have caused ammunition at the Saki air base to catch fire and blow up.

The base also includes a number of earth-covered bunkers and hangars around its periphery — typically used to house munitions in case of a fire.None appeared damaged.“Official Kyiv has kept mum about it, but unofficially the military acknowledges that it was a Ukrainian strike,” Ukrainian military analyst Oleh Zhdanov said.

In Ukraine’s east, where fighting has raged for eight years, a Russian attack on the center of the city of Bakhmut in the Donetsk region killed seven, wounded six and damaged stores, homes and apartment buildings, setting off fires, Ukraine’s prosecutor general said on Telegram.

Ex-Navy chief: “1st combat ship was real, not a dummy”